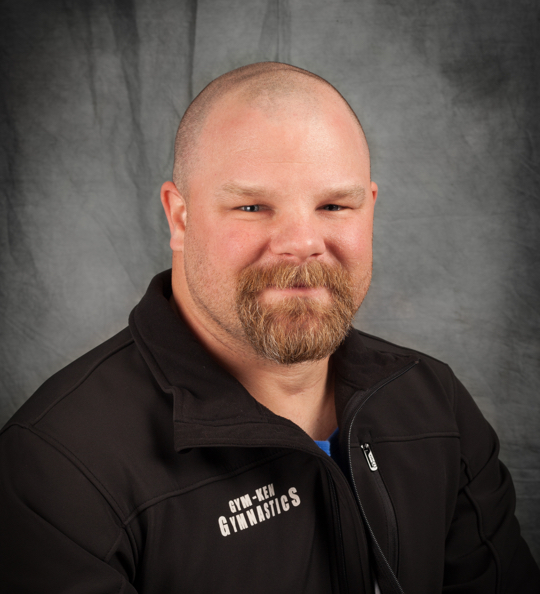 James has been an integral member of the Gym-Ken staff since the fall of 2015. He has been coaching gymnastics for 25+ years. Prior to his time here at Gym-Ken, James spent 5 years as a USAG Boys Head Coach. He is also the former Assistant Gymnastics Coach for the Men’s and Women’s team program at Springfield College. He has a Bachelor’s Degree in Rehabilitation Services and a Master’s Degree in Substance Abuse Counseling both from Springfield College. James was a USAG club gymnast for 12 years elevating to Level 10. He then continued his gymnastics career at Springfield College where he was 2x National Vault Champion, ECAC Vault Champion and 8x All American (Vault, Rings and Floor Exercise). James resides in Derry, NH with his wife Daria and three children, Makayla, Sydney and Dylan.